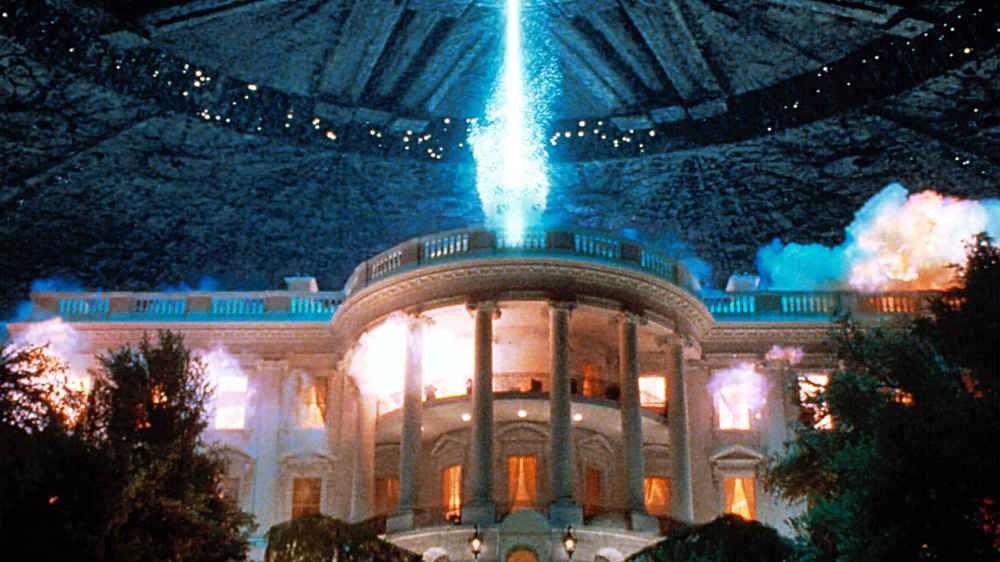 How many times will Amalek be defeated before the Redemption and arrival of Moshiac?

ed note–several goodies herein that all Gentiles with a keen interest in their own survival need to read and understand.

1. Please note how many times our deranged rebbe mentions the source of Judaic Derangement Syndrome, or simply ‘JDS’–

This is important for several reasons and on several levels, but the 2 most important are that–

A. It is a canonized, sanctified, and infallible ‘axiom’ amongst certain viziers claiming a certain degree of expert-cy on all matters Judaic that the Torah plays no role in the protocols and practices of modern-day Joodzm and that in fact it is the Talmud which serves as the beating heart of the beast, which, as our deranged rabbi makes Kristol clear, is simply not true in even the slightest sense.

B. The Torah, i.e. the first 5 books of the Old Testament–can be found in every bible around the world, and all that anyone who wants to understand the source of JDS need do is read just SOME of it for themselves.

Now, as far as some of the particulars of the piece itself–

Again, the source of ‘anti-Shemitism’ as it has existed throughout the ages and which is no mystery to those who actually bother to study/consider the problem in a rational and analytical manner.

The Jews, as well as their ancestors–the Hebrews, Israelites, Judahites, Judeans, etc, etc, etc–are by virtue of their tribal narcissism and their self-awarded ‘chosenness’ coupled with their MANY religious decrees that command the ‘despoilment’ of Gentiles through whatever means available/necessary have been in a state of war with the rest of the world for the 6,000 years of their existence, and rather than recognize the ‘no-brainer’ association between their behavior and the chronic ‘anti-Shemitism’ that features as the focal point of virtually all Judaic discourse these days, instead refuse to do the very simple math in this equation since, after all, ‘anti-Shemitism’ pays very handsomely.

‘…We can expect to see the downfall of Amalek Christianity and/or Amalek Islam.’

Yes, that’s right, Christians and Muslims who make up about half the world’s population and who at present are at war with each other over the issue of ‘the Jewish state’ are SLATED FOR DESTRUCTION by the followers of Judaism.

Do we understand a little better then exactly why–BY PURE COINCIDENCE, ALL CAN BE ABSOLUTELY SURE–there just so happened to be 5 Mossad agents situated across the river from lower Manhattan on the morning of 9/11 filming the destruction of the Twin Towers and who later, after their arrest and release, admitted on an Israeli talk show that they had been sent to ‘document the event?’

No explanation necessary as to exactly what our dangerous and deranged rabbi is talking about here.

Did it ever cross your mind that we Jews, the most gifted and clever people on earth, abide by a code of laws which no one understands? We know when to keep the respective mitzvot and how to keep them to the most minute detail, but even the greatest rabbi cannot explain the spiritual essence of any mitzva.

Countless numbers of Jews from time immemorial have sacrificed their lives in defense of their right to keep the Torah, yet not one of them knew why shrimp is prohibited, or why a mikveh drives away tuma, or why leavened bread eaten on Pesach causes the dire punishment of karet.

In order to understand why the Creator demands such non-intellectual adherence to the Torah while at the same time decreeing that the study of the legal details is of utmost importance, we have to turn to the Midrash Tanchuma (parasha Eikev, chap. 11.). The Midrash relates that when the people sinned with the golden calf, Hashem informed Moshe that He was revoking His decision to give the Torah to Am Yisrael.

Luchot. There then transpired a colossal tug-of-war. Each luach (stone tablet) was six tefachim long (a little more than half a meter) and three tefachim wide. Hashem held the top two tefachim in an attempt to keep the luchot to Himself, while Moshe held the bottom two tefachim, struggling to bring them to earth, and between them the luchot shattered.

What is the meaning of this Midrash?

Here lies the essence of the Torah we received at Sinai, and the answer to our questions regarding the absence of understanding of mitzvot.

Initially, it was Hashem’s intention to give the Torah with full understanding of the mitzvot, and of their spiritual consequences in this world and in the next; but in the wake of the episode of the golden calf, Hashem told Moshe of His decision not to give the Torah to Am Yisrael.

Moshe refused to accept this reversal of world history and thus began the inconceivable struggle between finite man and the infinite Creator. This is characterized in the Midrash with Hashem grasping the top part of the luchot and Moshe, the bottom.

The breaking of the stone tablets symbolizes the compromise agreed upon between the two sides – Am Yisrael would receive the Torah, but without understanding of the profound spiritual nature of the mitzvot. Hence to this day, we keep the mitzvot and yet have no idea what they mean, and what their consequences are beyond the superficial reasons laid forth for them. Kashrut, para aduma, tuma and tahara, etc., are all mysteries enveloped in an enigma.

Of all the mysteries surrounding the Jews and Judaism, the reason for our tragic history, and the question of when will Hashem finally bring about the final redemption of our nation leads the list.

It is interesting to note that the Mishna Berurah, in the section called “bay’ur halakha” chapter 427, discusses the veracity of calendars as they appear in certain halakhic books, and he adds that by the year 5708 there will, most likely, no longer be a need to rely on calendars because by then the final redemption will have already come about, and we will declare the new months according to the traditional manner of relying on witnesses. How fascinating that the author, the Chafetz Chaim, chose the year 5708 as the one which, in his holy mind, has relevance to the geula. Because 5708 corresponds to the general year of 1948, the year of the establishment of Medinat Yisrael.

The final redemption did not occur in 1948, although in that year Hashem brought Am Yisrael a giant step closer to our future redemption.

I would like to try my hand at predicting the signs of the redemption and the time frame in which it will happen; and in doing so, uncover the camouflaged intentions of Chazal.

The Gemara in Megillah 14:a states that Esther argued before the rabbis that the episode of Purim deserved to be recorded in the Tanach. The rabbis initially denied her request, relying on a verse in Mishlei 24,20–

‘Have I not written three sayings for you, sayings of counsel and knowledge?’

Which was understood to mean that victory over Amalek is to be mentioned only three times in the Tanach, which are: parashat Beshalach, in the book of Shemot, parashat Ki Ta’tzei in Devarim and in the Book of Shmuel; so the addition of the Purim story would bring it to four times. Subsequently, Esther’s position was vindicated when the rabbis agreed that the two times Amalek is mentioned in the Torah – Beshalach and Ki Ta’tzei are to be considered as one, the Book of Shmuel the second, and Megillat Esther, the third time.

Question: The rabbis were undecided as to the number of times that victory over Amalek already appears in the Tanach – two or three, however, they all accepted King Shlomo’s dictate that it may not appear a fourth time. Why not destroy Amalek 10 or 20 times in the Tanach?

I suggest that by the verse in Mishlei, which limits the number of times the victory over Amalek may be mentioned in the Tanach to three, Shlomo Hamelech is telling us that the final redemption of the Jewish people will come about in a limited period of time (let’s say 100 years) when Amalek is defeated the same number of times that their defeat is mentioned in the Tanach – three.

But Esther’s request that the Megillah be included in the Tanach meant that a fourth defeat of Amalek had to be accomplished within that one period. This, King Shlomo was telling future generations, would place an unnecessary burden upon history and delay the redemption of Am Yisrael. However, Esther convinced the rabbis that the addition of the Megillah to the Tanach would be the third mention of Amalek not the fourth, which is in accordance with King Shlomo’s guideline.

The Jewish people have a long record of defeating enemies, beginning with the ancient Egyptians, and continuing with the Philistines, Assyrians, Babylonians, Greeks, Romans, etc. But not even two defeats of our enemies ever occurred within 100 years, much less three times.

But there is one generation in which the potential for this to happen exists – our generation! In 1945 we witnessed the destruction of Nazi Germany and 46 years later in 1991 the dissolution of the Soviet Union; two deserving candidates for the infamous status of Amalek. These two nations could be considered in the larger picture as one, because of their ethnic and racial connections as Europeans, which therefore will require two more defeats of Amalek – or they are considered as two unrelated defeats, which will invite only one more.

In the time frame of 100 years beginning with 1945, the end date will be the year 2045. Before then we can expect to see the downfall of Amalek Christianity and/or Amalek Islam. A major candidate for the infamous badge of evil is Iran/Persia.

Be that as it is, all Jews living in any of those countries would do well to leave as soon as possible.

There are additional signs of our long-awaited geula (redemption). The prophet Yechezkel in 36,8 offers as a sign: the reappearance of Eretz Yisrael as a blooming garden of agricultural produce after being a fallow desert. Just go into the marketplace in any town in the country and become engulfed in the variety of colors and types of our produce.

In my view, a most heartening sign of the geula are the young men and woman of the land, who by their Torah study and adherence to its mitzvot, are ridding themselves of the scars of 2000 years of galut as they dedicate their lives to renewing our holy bond with HaShem by defending and rebuilding the land and its people and our unshakeable loyalty to the Torah.

May we all witness the enormous miracles which will accompany the grand finale of this stage of world history, and usher in a new era of world peace which will be centered on the city of Yerushalayim and the Bet HaMikdash.