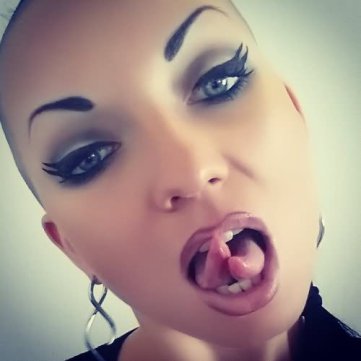 How They Do It– ‘Can Biden resolve the Israeli/Palestinian conflict?’

ed note–as it is with all ‘informational dishes’ which the organized forces of anti-Gentilism–OFAG–like so serve up  for public consumption, the main spice and ingredient which goes into ALL of this ‘cuisine’ is deception. Sometimes it is HEAVY and causes the mental gag-reflex to engage, and other times it is very ‘light’ and nuanced, but there nonetheless.

In this case, it is a mixture of both.

First of all, Blinken’s statement about Israel as a ‘Jewish and democratic state living in peace alongside a viable and democratic Palestinian state’–

What must be understood about Blinken’s statement is that he doesn’t mean an OUNCE of it. Although openly ‘left-leaning’ in his political pedigree, he is nonetheless a ‘NeoCon’ in terms of his love for war and especially that war which brings Israel closer to her plans of creating that Jewish state from the Nile to the Euphrates just as the Torah (Old Testament) requires.

Nexto, from our deceptive and deranged Hebrish author–

‘We also understand these realities: a two-state solution is not attainable anytime soon, and the Biden administration is not prioritizing the Israeli-Palestinian conflict…’

The ‘2-state’ solution was on the precipice of becoming a reality under POTUS DJT’s ‘Deal of the Century’ until the OFAG brought out the ‘big guns’ of several investigations, an impeachment, a pandemic whose roots lie in the Israeli bio-weapons lab at Nes Ziyyona, a collapsed economy along with unprecedented social/political upheaval and a stolen election, all courtesy of those Zionist interests who opposed DJT’s ‘Deal of the Century’.

Remember, when the OFAG talk about a ‘2-state solution’, it is just Judaic noise meant to create the IMAGE of a Jewish state that only wants to live in peace with her Ishmaelite neighbors and with no plans of anything bigger than a ‘homeland’ for da po lil heebrooz no bigger than what exists today.

The ‘conflict’ which our deceptive and deranged Hebrish author references and asks rhetorically if it can be ‘solved’ by Biden could have been solved a century ago, first in the pirates of Judea not STEALING the land, driving out its inhabitants and murdering those who refused to leave, but as well, had DJT been permitted to finish what he started, indeed, the embryonic outlines of the ‘State of Palestine’ would be materializing at this very moment.

The rest of the piece is just the typical word-salad/reality-detached incoherence that attends any and all Judaic discourse and especially that discourse intended for Gentile eyes and ears, but the bottom line is that the Jews aren’t going to give up as much as a micro-millimeter of ‘that land’ which they believe was bequeathed to them by the ‘god of Israel’, yahweh, and are prepared to move heaven, hell, and everything in between in order to make sure that nothing threatens their ‘schedule’, inluding ANY POTUS with grandiose plans for solving the ‘conflict’ between the Jews and their Ishmaelite Gentile victims.

US Secretary of State Anthony Blinken, in a phone call Monday with Israeli Foreign Minister Gabi Ashkenazi, “addressed the US approach towards a more peaceful, secure, and prosperous future for Israelis, Palestinians, and the greater Middle East…. and emphasized the Biden administration’s belief that the two-state solution is the best way to ensure Israel’s future as a Jewish and democratic state, living in peace alongside a viable and democratic Palestinian state.”

We could not agree more.

We also understand these realities: a two-state solution is not attainable anytime soon; the Biden administration is not prioritizing the Israeli-Palestinian conflict.

Nevertheless, the administration does have an opportunity now to preserve a political horizon for an eventual two-state solution, and improve the rights, security, and well-being of Israelis and Palestinians by pursuing a realistic reset of US foreign policy in the region.

To attain these objectives, the Biden administration should focus on four core policy pillars, entailing a range of actions.

The first is to strengthen the US-Israel relationship and Israeli security. This involves more than the military arena, important as that is. The relationship faces new challenges in 2021, stemming in large part from the Trump administration’s unabashedly siding with Israel while Israeli Prime Minister Netanyahu aligned himself closely with Republicans. These imbalances have to be reset.

So, too, does the Israel-Jordan relationship, which during the past two years reached its lowest point since the signing of a peace treaty between the two countries a quarter century ago. The Hashemite Kingdom, with which Israel shares its longest border, reportedly considered cancelling the peace treaty over the threat of West Bank annexation. Jordan is a key partner for the United States, and the administration should protect its stability, a core American interest, as well as the viability of its treaty with Israel.

At the same time, the Palestinian Authority suspended security coordination with Israel, also in response to potential annexation. A long-term suspension of this coordination, or the PA’s total collapse, would undermine Israeli security. Given Israel’s strategic importance for the US, the Biden administration should shore up Israeli-Palestinian ties, which would also buttress Israel’s security.

The second policy pillar is to rebuild US-Palestinian ties. The Trump administration’s one-sided campaign of punitive measures directed against the Palestinians, including shuttering the PLO office in Washington, DC, and subsuming the operations of the Consulate General in Jerusalem — which functioned as the American mission to the Palestinians — into the operations of the US embassy to Israel, did nothing to create leverage with the Palestinian leadership, while closing off critical lines of communication. In some instances, such as the complete cutoff of humanitarian assistance to the Palestinians, the previous president’s approach was downright cruel.

In light of the COVID-19 pandemic and the humanitarian crisis in Gaza, resuming aid to the Palestinian people is an important first step in restoring the relationship between Washington and Ramallah. The Biden administration should also develop a strategy for reopening the diplomatic missions closed by its predecessor. In particular, reopening the consulate general will send a message that the US does not simply view the Palestinians as an appendage of Israel. Of course, this move may face political complications in Israel, while reopening the PLO mission could face legal complications owing to new statutes enacted over the past four years.

To ensure that the US-Palestinian relationship is sustainable, the Biden administration must also demand that the Palestinian Authority end harmful practices such as the martyrs fund (referred to by critics as “pay for slay”), and reform its governance, in order to promote transparency and a smooth succession to the next PA leader.

The third area of focus for the Biden administration pertains to the entire Middle East region. Normalization between Israel and Arab states offered a rare point of convergence between Presidents Trump and Biden; both support expanding Israel’s regional integration. President Biden should continue this path while simultaneously ensuring that any American concessions or ancillary agreements that follow from such normalization deals receive proper oversight, as opposed to the Trump administration’s seeking to bypass Congress in authorizing the sale of F-35 stealth fighter jets and other equipment to the United Arab Emirates.

Moreover, the United States should leverage Israel’s new relationships with Arab states to foster progress on the Palestinian front.

These actions build toward a fourth, overarching objective: preserving the possibility of a two-state outcome.

Despite the ascendancy of such ideas, the Palestinians’ failure to even respond to the Trump plan as a basis for negotiations is proof enough that an Israeli one-state vision is a nonstarter. Moreover, a single state entity can either be democratic or Jewish — but not both. It therefore remains manifestly clear that the two-state framework is the only one that will deliver democracy, security, and sovereignty to both Israelis and Palestinians. All of the policies that the Biden administration implements on this front should seek to maintain a political horizon that leads to that outcome. Otherwise, extremists on both sides will find more room to create mayhem and obstruct the path toward a resolution of the Israeli-Palestinian conflict.

A realistic, proactive approach to the conflict that preserves the viability of a two-state solution will make what is impossible today within reach in the future.