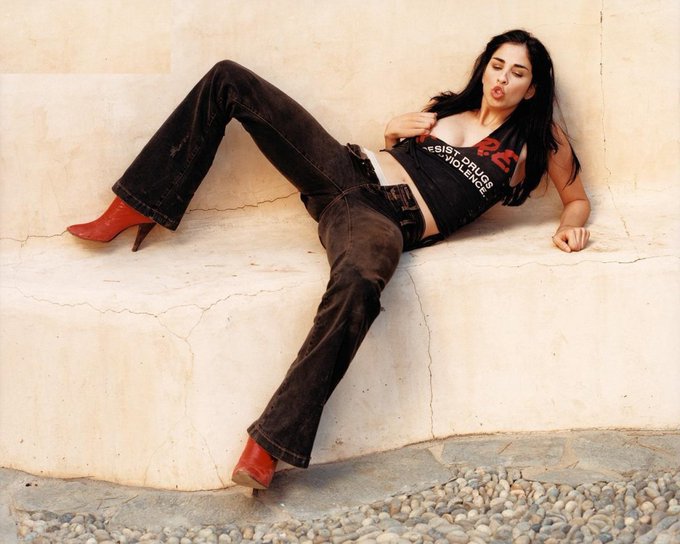 ed note–oy vey, where do we even begin?

The first thing to note is just how FLEXIBLE the religion of the Jews is when it comes to this particular social/moral ill, just as it is with other things including theft, lying, mass murder, charging usuriously-high interest rates, etc, etc, etc.

While other religions such as Christianity and Islam are VERY CLEAR on the ‘thou shalts’ and the ‘thou shalt nots’ contained within their respective religious commandments, Judaism however is very slippery–slimy one might actually say–and not by sheer accident.

This fact is of vital importance for Gentiles with a keen interest in their own survival to understand. While Gentiles play by the rules, their Hebrish counterparts however have only one rule–win at all costs. Anyone who doubts that it is this ‘flexibility’ within Judaism that is the causative agent in explaining how/why those of the Hebrish pedigree have earned/attained an infamous reputation for engaging in every vice and criminal behavior known to be such throughout human history is someone who simply refuses to do the simple math on this.

And for those Gentiles steeped in the ‘Talmud, not Torah’ loop and who engage in the irrational argument that there is nothing substantively or morally wrong with the teachings/commandments within the Old Testament (Torah) but that it is Talmud that in fact is the causative agent for any and all pathological and criminal Judaic behavior, please note well the various passages listed in this essay where it is indeed those teachings found within books such as Genesis, Deuteronomy, Leviticus, etc, the ‘5 books of Moses’ that serve as prima facie evidence that indeed, it is that ‘old time religion’ going all the way back to the very beginning of the sordid affair that is the ORIGINAL source of this thing now known as ‘La Kosher Nostra’.

Both the narrative and legal parts of the Bible offer mixed messages when it comes to the sexual use and abuse of women. In Genesis, Abraham clearly pimps his wife to protect himself (Genesis 12:10-20 and 20), and later, Jacob’s sons respond to their sister Dinah’s ‘rape’ by a Gentile with a violent act of vengeance, though their anger may be less out of sympathy for Dinah than concern that their own tribal honor has been violated (Genesis 34). In Genesis 38, Judah’s daughter-in-law, Tamar, is praised for disguising herself as a harlot so that her father-in-law will meet her on the road and deposit his seed into her.

The legal sections of the Bible make it clear that a Hebrew/Israelite/Jew cannot prostitute their daughter: “Do not degrade your daughter and make her a harlot, lest the land fall into harlotry and the land be filled with depravity” (Leviticus 19:29). Yet the same law allows male soldiers to rape captive Gentile women (Deuteronomy 21:10-14) and permits slavery, calling for differential treatment based on the slave’s status as either an Israelite (Jew) or a Gentile.

In the case of the Eshet yefat toar (the beautiful captive woman) in Deuteronomy 21, we see a more nuanced approach to how Gentile women are treated. In contrast to the widespread and systematic rape of girls in many war zones around the world today, Deuteronomy 21:10–14 regulates how rape is to take place on the battlefield. The law surrounding the captive Gentile woman forces the (Jewish) warrior to be aware of his responsibility for his actions. The Israelite (Jewish) soldier who returns home with an enemy Gentile woman as booty cannot do whatever he wants with her. Instead, he must follow certain rules, and if for some reason the soldier does not want the woman after marrying her, she cannot be treated as a slave, or passed on to someone else, but must be released as a free person. Thus the text simultaneously condones, yet regulates, rape.

Later in the Bible, in the Book of Esther, women are gathered up from all over the king’s realm, brought to him for his inspection and use and after one night with him they are sent back to the harem as used goods, deprived of their freedom and presumably unavailable to other men. The text does not appear to criticize this practice, and when Esther becomes queen, her cousin Mordecai tells her to initiate sex with the king in order to save her people.

Like the Torah, the Talmud offers mixed messages on prostitution. A text about prostitution and the frequenting of prostitutes by Jewish men allows that it is ‘Better that a man secretly transgress and not publicly profane God’s name so that no one learns from his actions’ and that ‘If a man sees that his evil inclinations are about to overwhelm him, he should go to a place where he is unknown, wear black clothing and cover himself with black and do what his heart desires, so that he does not publicly profane G-d’s name’. (B. Kiddushin 40a).

Of course not all prostitution involves trafficking, a form of sexual slavery, and some women choose to work in the sex trade, although how much this is a genuine choice on their part rather than lack of better options is up for debate. Some activists have argued that prostitution is an important economic option for impoverished women and that advancing the rights of ‘sex workers’ is the way to combat the trafficking of women.

In 21st-century Israel, prostitution is legal, and sexual trafficking of women not uncommon. In the past decade, approximately 25,000 women, nearly all from the Former Soviet Union, were smuggled into Israel via the Egyptian border to be brutalized as sex slaves. Once in Israel, victims were repeatedly sold and resold to pimps and brothel owners.

In confronting this issue, religious leaders advocating on behalf of trafficked women generally take a human rights approach and disavow or ignore the problematic biblical and rabbinic texts. They point instead to Jewish sources that can be interpreted as compassionate and proactive, such as the case of the ‘Canaanite slave,’ the Gentile slave of a Jew, who enjoyed better conditions than other slaves throughout the world and offers a model for a compassionate approach to trafficked women.