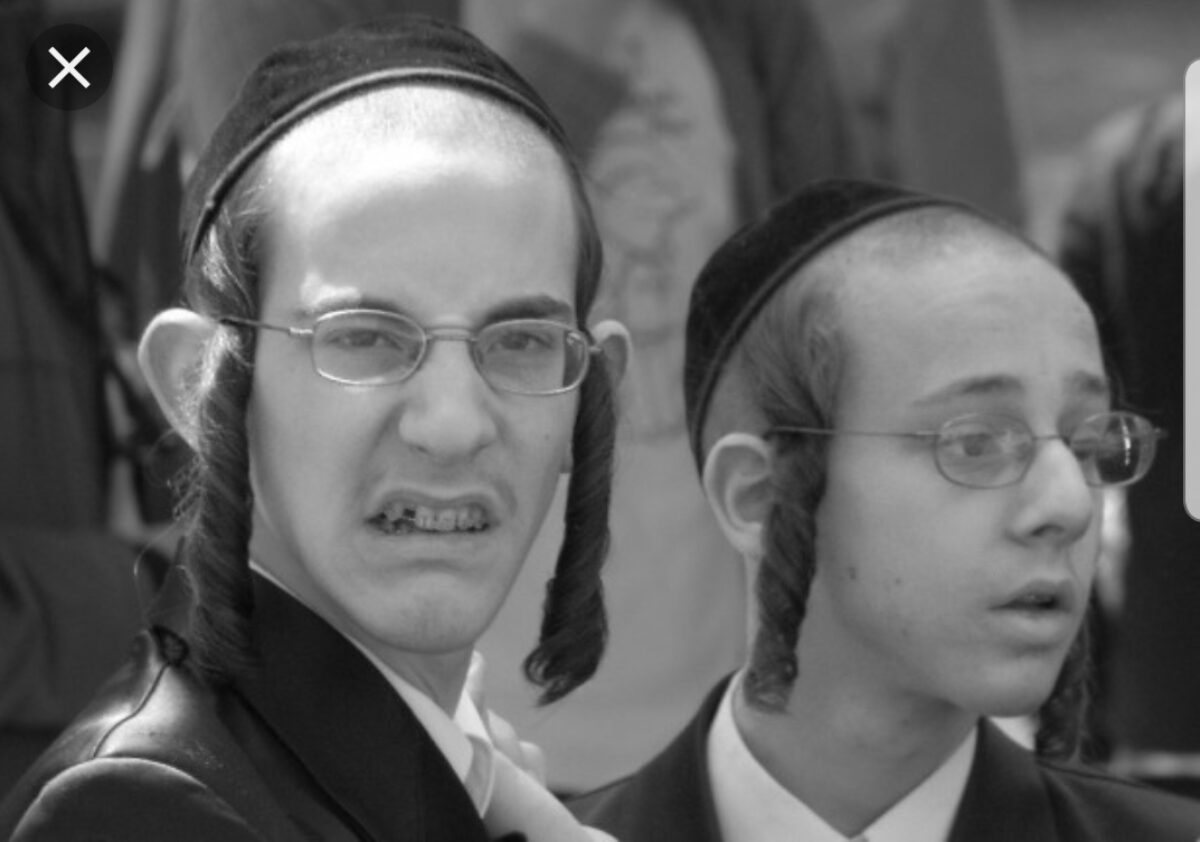 Today, proselytizers have various internet tools – they don’t have to come to the door or distribute pamphlets.

ed note–again, one of the most important pieces that should be read these days, and particularly by those hordes numbering in the hundreds of millions of brain-drained Christian Zionist Evangelicals who have drunk from the poisoned chalice of Hebrew-worship handed to them by the very same brood of vipers who rejected/killed Jesus Christ, the same man these CZEs claim to follow.

And having said that, please pay careful note to the following–

Judaism and Christianity are opposite and opposing religions in spite of the attempts to “prove” the “messiahship” of Yeshu,

Judaism as a religion REJECTS Jesus, something that was always well-known to the Jewish masses and still is.

Our unesteemed rebbe is correct on both points–Judaism and Christianity are polar opposites, or at least they were intended to be, until some genius decided to try and incorporate the worst tenets of Judaism into the enlightened and universal philosophy/teachings which JC Himself propagated and for which he lost His life.

The historical Jesus, if he existed at all, was a very bad Jew. This I know from the same Talmud that tells us in no uncertain terms that a certain ‘Yeshu’ was one of the worst people who ever lived and that he is stuck in hell forever.

Keep in mind that in Islam, the religion which we are told by the organized forces of anti-Gentilism is in a state of eternal and unquenchable war with Christianity, Jesus is remembered with an almost equal (and in some cases superior) reverence as he is in Christianity. Keep in mind as well that someone of whatever pedigree writing/saying anything insulting or blasphemous about JC in an Islamic country such as Iran would find himself enjoying the meager accommodations of the local prison.

In the West however, the ‘Christian’ West, we see night-creatures such as the Jewess Sarah Silverman joking about how she’d effing LOVE to crucify Him again and is rewarded–not with censure, boycotts, etc, but rather, with wild applause and bank accounts bursting at the seams with ca$h.

And, finalmente, the following–

We Jews will use the same violence against those Christians seeking to convert us as we do for the Palestinian and Lebanese men, women, and children of Gaza, the West Bank, Sabra and Shatillia, etc, etc, etc, and will not shed a single tear of remorse or regret when doing so.

As a rabbi, I have always been very conscious of the dangers that the Jewish nation faces in the age of assimilation in modern times.

There are so many dangers and threats that confront the Jewish people on so many fronts both in and out of Israel: The Arab-Israeli conflict, antisemitism, ignorance of Judaism, assimilation and intermarriage, and perhaps the most heart-wrenching of all, what is termed ‘Shmad’ in Hebrew, meaning apostasy or denial of Judaism.

Outside of Israel many Jews have succumbed to becoming Christians after marrying a Christian, a slow form of national suicide.

But probably one of the worst dangers facing Jews with the growth of the Internet is the ability of Christian missionary movements to reach assimilated Jews who are weak in their Judaism and even disaffected religious Jews in a way that was not possible in previous generations.

In Israel they have gone many steps further by setting up a Hebrew-speaking missionary college in Netanya that provides a full “academic” program providing the knowledge, the how-tos and the ins and outs of missionizing to Israelis in their own language. They have set up a sophisticated media center designed to reach ordinary Israelis caught up on their cell phones and computers.

And, tragically, they are succeeding.

Their reach is extended by the use of social media such as Facebook and others, where they can buy infomercials with the vast sums of money they receive, some reports put it in the hundreds of millions of dollars from Evangelical Christian groups in America who are hell-bent on converting Israeli Jews to Christianity no matter what it takes.

They are very creative and over the last number of decades have created “Hebrew-Christian” groups such as “Jews for Jesus” and “Messianic Judaism” that preach that you “can have it all” and in fact that to be a “good Jew” you must actually become a believer in Jesus whom they have re-branded “Yeshua” and not “Yeshu”, since they know that “Yeshu” has very negative connotations among Jews.

I have had online debates with so-called Messianic Jews and their Evangelical godfathers a few times over the years, and I never fail to point out that Judaism and Christianity are actually opposite and opposing religions in spite of the attempts to “prove” the “messiahship” of Yeshu, that you can’t have it both ways since Judaism as a religion REJECTS Jesus, something that was always well-known to the Jewish masses and still is.

If anything, Judaism regards Jesus as a false messiah and certainly not a “son of God”. This is the very gap that the Messianic missionaries try to bridge with false beliefs that “Jesus was Jewish” to which I tell them “so what?” and then go on to tell them that the historical Jesus, if he existed at all, was a very bad Jew. This I know from the same Talmud that tells us in no uncertain terms that a certain ‘Yeshu” was one of the worst people who ever lived and that he is stuck in hell forever.

These things need to become clear to all Jews regardless of their level of observance or non-observance. To have warm and fuzzy feelings for Christian Messianic Evangelical groups, colleges, individuals, preachers and their online programs just because they are “Zionist” or “Jewish” or because they can spout chapters of the Bible is as much a mortal danger to the present and future of the Jewish people as are the rockets and terrorists of Hamas and Hezbollah. This attempt at ‘bringing Jews to Jesus’ is aimed at piercing and destroying the heart and mind, the body and soul, of the Jewish people and trying to cut the unbreakable bond between the Jewish people and their God, the Holy One Blessed Be He, Our Father In Heaven may He have mercy on His holy people and redeem them from all that afflicts them speedily in our times.