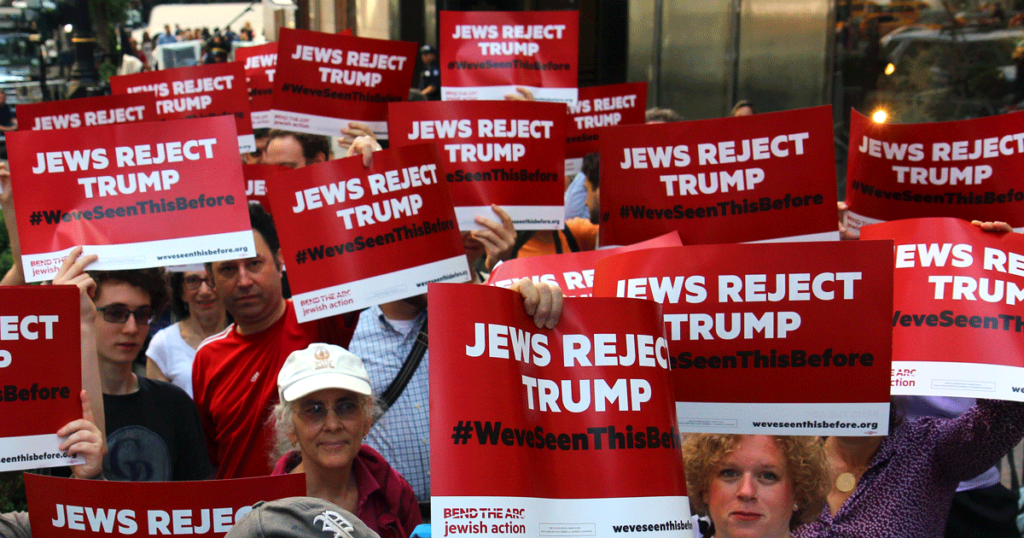 Judea Speaks– ‘Trump has not done teshuva, and so the Senate must convict him’

ed note–let’s start off today’s unpacking/deconstruction of this with another quote attributed to another ‘scribe’ of the Hebrish persuasion using the same word, ‘teshuva’–

‘In giving to us the land of Israel, God had done teshuva, repentance, and with his gift of giving us victories over the Arabs, we forgave him for all the evil he had done to us.’

The Hebrish writer credited with this statement is Yossi Klein Halevi, author of ‘Memoirs of a Jewish Extremist’ a book that should be considered ‘required-reading’ for all Gentiles in understanding the truly feral nature of Judaism and of the mental-incapacitation that it affects upon all those under its destructive power.

As the reader can see from Halevi’s statement, the followers of Judaism are completely unaware of the damaging influence which their tribal ‘religion’ has over them and their connection with reality. They consider ‘G-d’ to be an inferior creature to them who is only ‘forgiven’ of his ‘evil’ viz all the historical ‘misfortunes’ that happen to fall upon them after ‘he’ causes a bunch of Gentiles (in Halevi’s case ‘the Arabs’) to die and to have their ancestral and historical lands stolen from them. As history has proven over, and over, and OVER again, these ‘misfortunes’ are always and invariably attributed to that nebulous, never-adequately-defined eternal disease known as ‘anti-Shemitism’ and NEVER to the autonomic and reflexive result of the evil that the Hebrews/Shebrews/Israelites/Judeans, Jews, etc, etc, etc, do to others, and what’s worse is that ‘G-d’ himself becomes an ‘anti-Shemite’ by permitting it all to happen.

The reason this is important to understand is that when dealing with this particular and peculiar sub-strata of humanity, what the rest of the 7 billion souls making up God’s green earth are dealing with is a group of people who have never progressed beyond that very first initial stage of human development, the infant whose entire world and worldview is his/herself, who is completely dependent upon others for his her survival, whether it is food, being changed, clothing, housing, etc, and who is only able to communicate his/her desires via the mechanism of crying, which this particular and peculiar sub-strata of humanity refer to as ‘kvetching’.

Now, as it applies to the person and the Presidency of DJT as pontificated by our moral authority at the Jewish Daily Forward–

The Jews as a group hated DJT the moment he announced his candidacy, and anyone of whatever pedigree, mainstream media or some creature from the ‘trooth muuvmnt’ who is only NOW coming to recognize this fact is just plain dangerously stupid. Our deranged Hebrish scribe knows DJT had nothing to do with the violence taking place on Jan. 6 and knows that the entire event was as much a ‘false flag’ as were the ‘Islamic’ attacks taking place on 9/11/2001.

So, for those newbies just coming to this sneaking suspicion that d’Jooz as an organized group don’t like DJT and are looking for a rational explanation as to why all the unprecedented political/social instability has taken place in the last 5 years, a few simple pics will suffice– 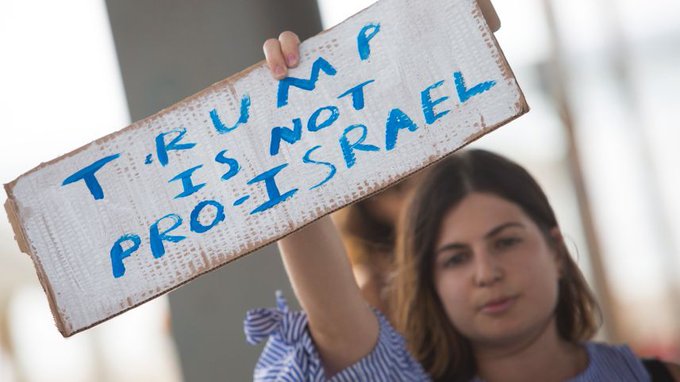 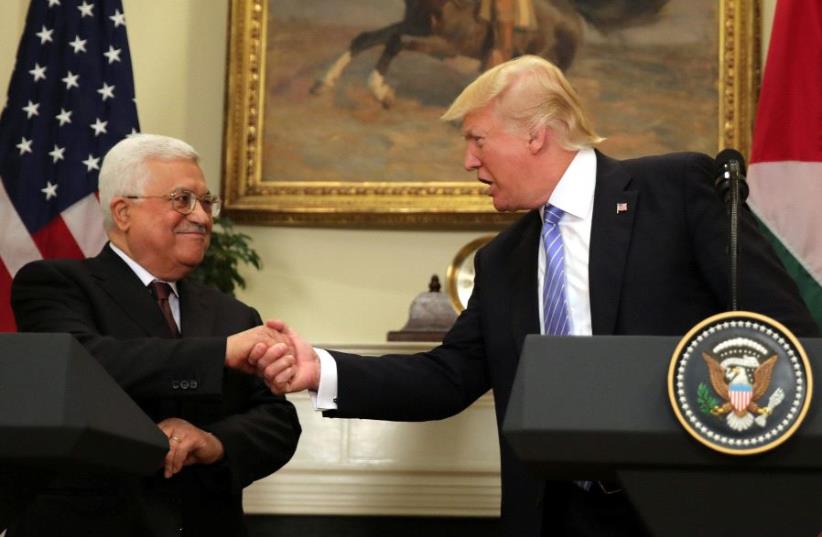 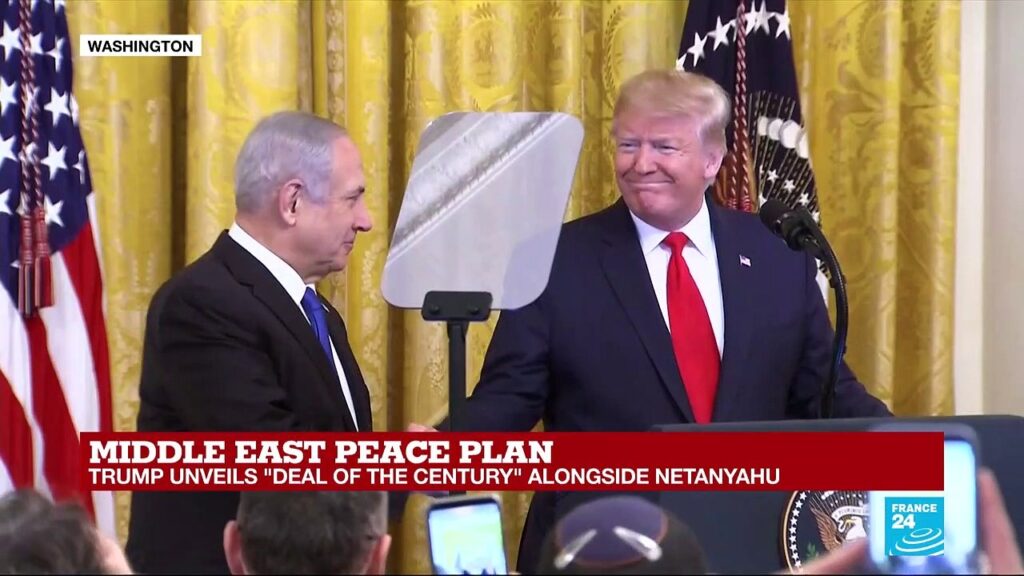 It was NEVER about ‘racism,’ ‘misogyny’, ‘immigration’, ‘gun control’ or ‘white supremacism’ but rather about this– 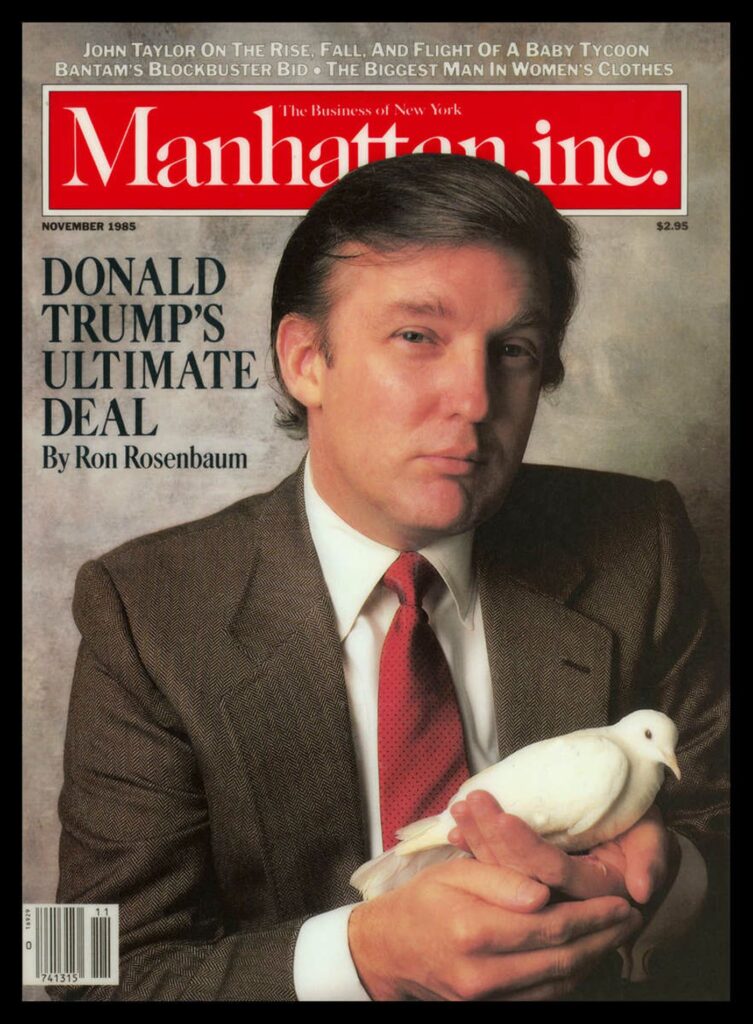 ‘Peace’ in the Middle East, and thus, by bringing about an end to the ‘endless wars’ which the Jews demand America fight for Israel’s benefit, an end to the ‘teshuva’ on the part of the ‘god’ of the Jews, yahweh, as described by the deranged writer Halevi.

Even for those of us whose hearts are hardened and who have tragically come to expect a certain degree of political violence in our system, the video was still hard to watch.

Footage shown for the first time this week during the second impeachment trial of former President Trump reveals just how close the events of Jan. 6, 2021 came to being much more violent and deadly than they were.

In particular, rioters almost reached Senator Mitt Romney, whom the brave Officer Eugene Goodman of the United States Capitol Police whisked to safety at the last minute. The mob also came terrifyingly close to getting their hands on Vice President Mike Pence, whom some of them were clamoring to hang; he had to be evacuated from the Capitol Building at the last possible moment.

Jewish ritual offers a clear way to think about whether Trump deserves forgiveness for inciting this violence. It’s something we ought to keep in mind, as we think about the end of the Senate impeachment trial. Our traditions emphasize that seeking teshuvah, or repentance, involves hard work, direct and considerable effort from those who have transgressed and wronged others.

Trump has steadfastly refused to do this work.

Instead, he has pleaded ignorance, pretending he had nothing to do with the mob that marched on the Capitol building after he told them ‘if you don’t fight like hell, you’re not going to have a country anymore.’ He and his lawyers have maintained that argument even as the Senate trial has revealed that Trump posted a tweet attacking his own vice president for supposedly ‘lacking the courage’ to overturn the election results after learning that Pence had been whisked off the Senate floor for his own safety. The timeline is clear: Trump knew that Pence’s life was in danger.

In that circumstance, as others related to the attack, the evidence unequivocally shows that Trump’s rhetoric played a direct role in inspiring what came perilously close to being a total bloodbath. Yet in the face of this evidence, the majority of Republican Senators continue to defend Trump and to argue that convicting the former president is unnecessary and divisive. Perhaps worst of all, Senator Mike Lee of Utah argued that ‘everyone makes mistakes, everyone is entitled to a mulligan once in a while.’

He’s right on one thing: Everyone makes mistakes. The idea that anyone is entitled to move on from them without consequences is a different thing.

As the great medieval Jewish philosopher Maimonides pointed out in his magisterial work, ‘Laws of Teshuvah,’ genuine repentance requires, as a first step, a perpetrator of violence against another person to ‘confess in public and make his sins known to others, revealing the transgressions he committed against his colleagues.’

Next, the repentant person must commit to the difficult internal work of transforming themselves into the sort of person who would never commit such an act again: ‘to change his behavior in its entirety to the good and the path of righteousness.’ They must make restitution for the wrong they have committed. Then — and only then — must they apologize directly to those they have wronged.

And the victim of the violence is not obligated to forgive immediately. Maimonides notes that if the wronged party is not convinced by the sinner’s efforts at repentance, the sinner should try this hard work of internal transformation again for a second and third time.

The Maimonidean model of teshuvah is the opposite of the cheap grace and easy forgiveness that is all too often preferred by modern American culture. It offers a path not just to forgiveness but also to growth: the Talmud teaches that a person who does the hard work of internal self-transformation is accounted as superior even to the fully righteous person who has never sinned.

And it’s precisely the model we need to recover from the damages of the Trump administration, starting with the impeachment trial.

Trump has shown no remorse for the way in which his words directly inspired the rioters, leading to the deaths of five people. (Two Capitol police officers who survived the riot also died by suicide in the weeks after the riot.) He has, in fact, done the opposite, continuing to praise the violent rioters as ‘very special people’ even after his own vice president had to be evacuated for his own safety.

That’s what Senator Lee got wrong: We are entitled to our mistakes, but must earn forgiveness. Trump has not even begun the work necessary to earn acquittal. And not even his staunchest defenders expect that he will do the work to transform himself internally, to apologize to the victims of the Capitol Hill riot, to make restitution, and to turn himself into the sort of person who, if elected president again, could be counted on not to incite another violent mob.

This is why the Senate has a moral responsibility to vote to convict President Trump. Jewish tradition teaches us that true teshuvah is a difficult and painful task, and that the sinner must commit themselves to the long road of becoming the sort of person who would never commit the same sin again in the future.

Trump has not committed himself to that work of self-transformation. Just the opposite. For the country to heal from the wounds he inflicted, the Senate must ensure he cannot commit the same exact transgressions in the future, and bar him from ever serving as president again.