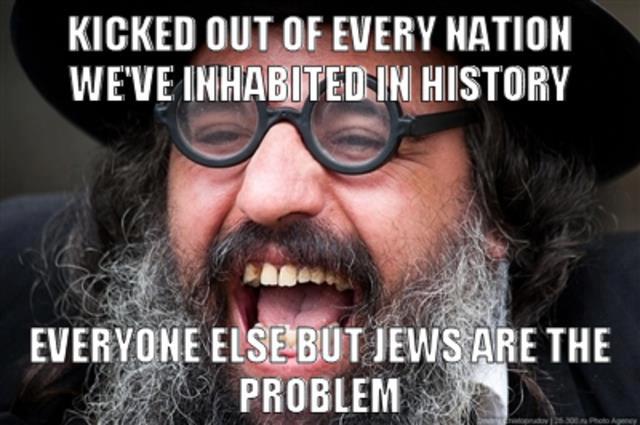 The recent violent attacks against Jews in Monsey, N.Y., and Jersey City, N.J., have garnered national headlines and have brought further awareness to the sharp rise in anti-Semitism in the United States, and especially, the New York metropolitan region.

Unlike the other major deadly attacks upon Jewish communities in the past two years—namely, the lone-gunman shootings inside synagogues in Pittsburgh, Pa., and Poway, Calif.—carried out by avowed white supremacists, the situation in New York, home to the largest numbers of Jewish residents in the country, are largely being carried out by members of minority communities, leading to a different set of questions for Jewish leaders to grapple with.

“A lot of people want to throw all the anti-Semitism in our country into white supremacy, but this is not white supremacy—what has been happening over the past three-and-a-half weeks, and what’s been happening in Brooklyn now for the better part of two years,” Evan Bernstein, the New York/New Jersey Regional Director of the Anti-Defamation League, told JNS.

“It is important to differentiate between the two, and it’s important to talk about these incidents and understand it is not a white supremacist issue. There is an issue with white supremacy in this country, but what’s going on in this region, that is not the case.”

Indeed, the latest attacks in Monsey and Jersey City as well as the ongoing spate of verbal and physical assaults on openly Orthodox and Chassidic Jewish community members in New York City have been carried out by minority groups.

However, criticism has been levied against leaders such as New York City Mayor Bill de Blasio, who said that anti-Semitism is strictly a “right-wing movement.”

“I think the ideological movement that is anti-Semitic is the right-wing movement,” de Blasio said at a Brooklyn press conference Tuesday about the increase of hate crimes in New York City, the New York Post reported.

“I think that is a real mistake,” said Bernstein, adding that there needs to be more done out of the mayor’s office to prevent anti-Semitic attacks. “There needs to be a long-term solution coming from the mayor’s office, from Governor [Andrew] Cuomo, from city council members and congressional leaders. We have been very reactive here, but what we need is to be proactive.”

Bernstein said New York has seen a great deal of “normalization of anti-Semitism,” and until recently, there has been little attention paid to the issue in the press and by the public.

Groups such as the Zionist Organization of America have called on public officials to investigate and take further action against all hate groups inciting violence against Jews, including the National of Islam, radical Muslim groups, white supremacists, the Black Hebrew Israelites and others.

“It’s long past time to acknowledge that racist, African-American anti-Semites are perpetrating the majority of the violence against Jews in New York City, New Jersey, Monsey and elsewhere,” ZOA national president Mort Klein said in a statement. “This does not impugn the vast majority of law-abiding African-Americans. We can’t address the real problem when we hear comments such as New York City Mayor de Blasio’s claims that anti-Semitism is exclusively or ‘very much’ a ‘right-wing movement.’ ”

Similarly, Rabbi Marvin Hier and Abraham Cooper, dean and founder, and associate dean of the Simon Wiesenthal Center, urged black leaders to speak out against the spate of recent crimes.

“Enough is enough! Jews should not have to fear for their lives in America to go to their houses of worship. The FBI must step up and take the lead in all recent violent hate crimes targeting religious Jews,” they said in a statement.

‘Lack of understanding about the wellspring of hate’

Eric Fingerhut, president and CEO of the Jewish Federations of North America (JFNA), told JNS that the “prevalence of anti-Semitism in America, which has historically been at a low level until recently, has come from various parts of society. It has never been isolated to one part of society. It is present in the white nationalist/extremist setting, and has also been prevalent on the far-left, and prevalent in certain ethnic and other communities,” he explained.

The JFNA, which is taking part in a solidarity march and rally on Jan. 5 along with other New York City-based groups such as the ADL, American Jewish Committee and Jewish Community Relations Council, has been advocating for increased funding for the Nonprofit Security Grant Program, as well as enhancing the Secure Community Network to increase security for Jewish institutions and communities across America. As part of the federal appropriations legislation passed last month, Congress increased funding for the NSGP to $90 million—a 50 percent increase over the $60 million funding in 2019.

“There all sorts of networks of hate out there, and we have to be generally prepared across our communities. We are seeing a different type of perpetrator in these last couple of incidents than we saw in in the previous few. This strikes me that we have this hate across the system, something crosses into violence and we have this epidemic.”

David Bernstein, president and CEO of the Jewish Council for Public Affairs, told JNS that it is important not to blame the entire African-American community for the spate of attacks.

“I think it’s important not to pin this on the black community more generally. The fact is this is happening in a very specific area of the country, and not everywhere where they are blacks and Jews living” together in such proximity.

Indeed, according to Bernstein, much speculation exists about what is driving the violence, though not much data supports these assumptions.

“We don’t have enough information from law enforcement and from district attorneys in the five boroughs and other legal leaders,” he said.

“The speculation right now believes it is around gentrification, around outstanding issues going back to [1991] Crown Heights Riots and other issues rising up. Then you have traditional anti-Semitic views that are still believed in a lot of these minority communities,” said Bernstein, who added that most of the attacks have been carried out by juveniles as well. “When you add in these other factors, then you start to see this violence come out. There is a base of anti-Semitism that is already there—that’s been established unfortunately for generations—and now it is elevating itself because these other issues are pulling it out.”

While there has been criticism that not enough black leaders have spoken out against the latest violence, Bernstein said he has been contacted by a “large swath” of leaders from black politicians like Senator Cory Booker (D-N.J.), Brooklyn Borough President Eric Adams and Rep. Hakeem Jeffries (D-N.Y.) to black clergy and others.

“That’s where I think we need to do a better job communicating and building better bridges, which will hopefully allow more people to speak out when there’s these acts of hate. But certainly, you cannot blame the victim.”