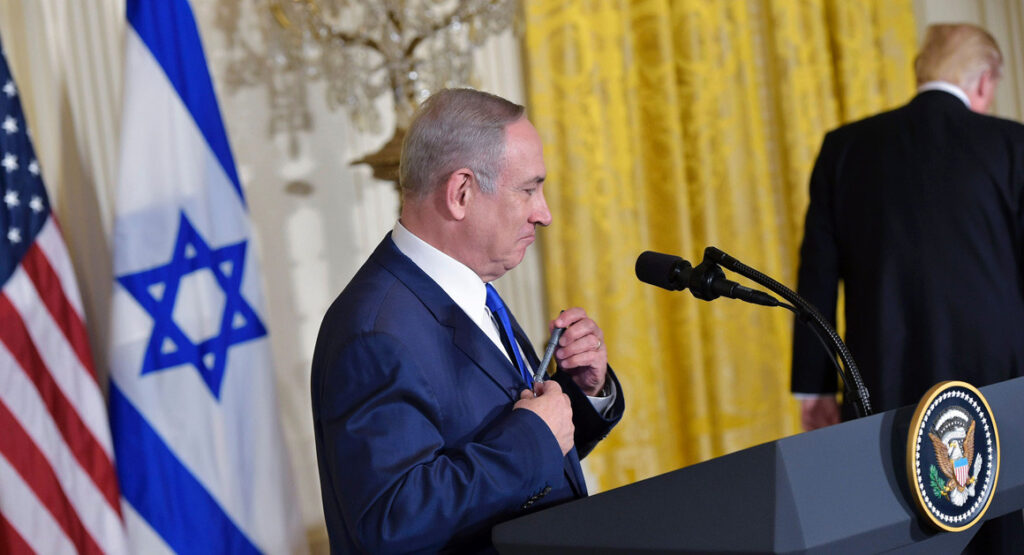 Must Read–‘With Trump gone, where now for the Never Trumpers?’

ed note–as it is these days with many things out of whack and out of balance, amongst the thousands of articles that will be published today, this is without a doubt the most important that needs to be read and BY THE ENTIRE WORLD, and yet, sad to say, will be read by only a relative few, and worse yet, the contents contained in it will be understood for all their important implications by even fewer.

The reason this particular OpEd is of such importance is that it reveals not just the bullseye, but indeed, what has been the energy source at a sub-atomic level the entire ‘GET TRUMP’ campaign whose effects and after-effects have literally reached every single corner of the entire world and have now touched in a very real and direct way not just a handful of people–i.e. the American electorate–but indeed, all 7 billion people living on God’s green earth.

Note first and foremost that it is an OpEd penned by a tribe-member writing for a tribe-based news outlet.

This is of great importance on several levels, the first of which is that what our Hebrish writer is discussing here is the Kristol-Klear-Konspiracy, better known by its acronym ‘KKK’, amongst various members of a powerful Judaic cabal who moved heaven, hell and everything in between in order to get DJT removed from 1600.

In short, it can’t be dismissed by ADL and all the other Judaic disinformation/misinformation extensions of Mossad operating at the domestic level as an ‘anti-Shemitic conspiracy theory’.

Next, the reader will note that the VERY SAME NeoCon operatives who for 5 years featured as regular discussion on this little informational endeavor–Kristol, Kagan, Frum, Rubin, Boot et al–also feature as the ‘primary suspects’ in this OpEd.

Meaning, the information was out there, and again–KRISTOL CLEAR–for 5 years.

AND YET, of the various informational endeavors devoted to ‘political discourse’ and ESPECIALLY those websites hailing from within the ‘alternative’ media (also calling itself the ‘truth movement’) there was only a tiny handful of outlets (including this one) that laser-focused their discussions on the role that the aforementioned Judaic operatives Kristol, Kagan, Frum, Rubin, Boot et al (regularly referred to here as ‘NeoCon, Inc’) played in all of this.

And while the aforementioned ‘Neo-Con, Inc’ operatives were busy at work planting sticks of political/social dynamite in the Trump White House with the intention of moving him out and moving Israel’s puppet of choice in, almost to every man/woman and to every voice within the ‘alternative media’, virtually ALL were squawking about how DJT was ‘owned by the Jews’ and was ‘going to start WWIII per Netanyahu’s instructions’.

The unspoken/cryptic understanding of which can be understood in a mere 3-letter word, the same word whose absence during the 4 years of the Trump administration functioned as the energizing force and impetus in bringing him down–

Instead, among the myriad of his opponents who contributed to Joe Biden’s victory were a group of “Never Trump” conservatives who bolted the Republican party in 2016 and remained totally unreconciled to the president throughout his entire time in the White House.

Although by no means an exclusively Jewish phenomenon, nevertheless many of the “Never Trump” movement’s leading lights and most outspoken proponents are Jews with impeccably conservative credentials. Among their ranks are Bill Kristol, a former Reagan and Bush administration official and one of the Republicans’ foremost intellectuals and operatives; David Frum, who, as a White House speechwriter penned some of the George W. Bush’s most memorable lines in the “war on terror”; Max Boot, a foreign policy specialist who advised the presidential campaigns of John McCain, Mitt Romney and Marco Rubio; and Washington Post columnist Jennifer Rubin, once described as “one of the right’s most prolific online political writers”.

Together, they and other Jewish Neo-Conservatives provided the intellectual firepower which helped to detach millions of conservatives from their Republican political moorings.

The impact of the “Never Trump” movement — which was buttressed by groups such as the Lincoln Project and the Republican Voters Against Trump — is not to be sniffed at, as exit polls indicate that around 8 million of Mr. Biden’s 81 million votes came from self-described conservatives and 3 million from Republicans. Across the country, about five percent of voters who backed Republican congressional candidates voted for Mr. Biden.

As columnist and commentator EJ Dionne wrote in his assessment of the results, “The country owes the Never Trump conservatives a huge debt.”

And, as Mr. Dionne also noted, many liberals and Democrats perhaps failed to appreciate the sacrifice — personal and political — that the “Never Trump” conservatives have made over the past four years. “We can underestimate how hard it is to walk away from the people who were your comrades for so long,” he argued. “In journals progressives don’t pay much attention to, television networks we don’t watch and Twitter feeds we don’t follow, the Never Trumpers were denounced as renegades and traitors — and also saddled with far uglier, unprintable monikers.”

But the “Never Trumpers” were no traitors to the cause of conservatism. Instead, they displayed an intellectual and moral consistency which most other Republicans abandoned, including many who refused to endorse Mr. Trump in the race against Hillary Clinton but then swiftly fell into line when the former reality TV star unexpectedly triumphed and the political and professional cost of opposing him became too high.

Perhaps most impressive though is the manner in which these “renegade” conservatives have been willing to engage in potentially painful introspection over the past four years. In his 2018 book The Corrosion of Conservatism for instance, Max Boot surveyed the condition of the Trump-dominated American right and admitted to being haunted by the question as to whether his own advocacy of conservatism contributed to “the rise of this dark force in American life”. He bravely concludes that he ignored the “tide of extremism” that was rising on the right long before Mr. Trump stepped off the escalator at Trump Tower and announced his candidacy for the Republican nomination in June 2015.

Given their prominence in the movement, it is clear that from the outset, many Jewish conservatives found Mr. Trump “the worst human being ever to enter the presidency,” as Mr. Frum bluntly put it in his book ‘Trumpocalypse’. “The special opposition of Jews towards Trump goes deeper than policy,” former New Republic reporter Yishai Schwartz argued in 2016. “Trump is not an ideological candidate; he is a cultural phenomenon. And the culture he represents — anti-intellectual, vulgar and angry — is not a Jewish one.”

Other Jews detected something still-darker. Robert Kagan, an historian and foreign policy analyst who abandoned his support for the Republican party in 2016, wrote of the “aura of crude strength and machismo” and “whiff of violence” which clung to Mr. Trump. Mr. Trump, argued the young Jewish conservative writer James Kirchick, was “the candidate of the mob, and the mob always ends up turning on Jews”.

With Mr. Trump’s departure from the White House, the future of a movement committed to his defeat is unclear. Some of its foremost voices no longer view themselves simply as exiled Republicans. “Never Trump Republicans are a small but potentially important part of the overall Biden governing coalition,” Bill Kristol told Politico magazine. Ms. Rubin argued in the summer that the Republican party — whose members, she suggested, had adopted a “noxious brew of nationalism, contempt for truth, xenophobia and an ‘America First’ agenda — was “not worth saving”.

Whatever the future, the “Never Trumpers” are perhaps best seen as heirs to an earlier Jewish intellectual tradition: that of the Neo-Conservatives who, alienated by its leftward drift, abandoned the Democratic party in the 1970s and went on to provide some of the philosophical underpinnings of the “Reagan revolution”.

And, given the threat the president posed to them at home, the “Never Trumpers” may well have helped to save the very values — chief among them liberal democracy and respect for the rule of the law — for which America and the West fought that four-decade conflict.