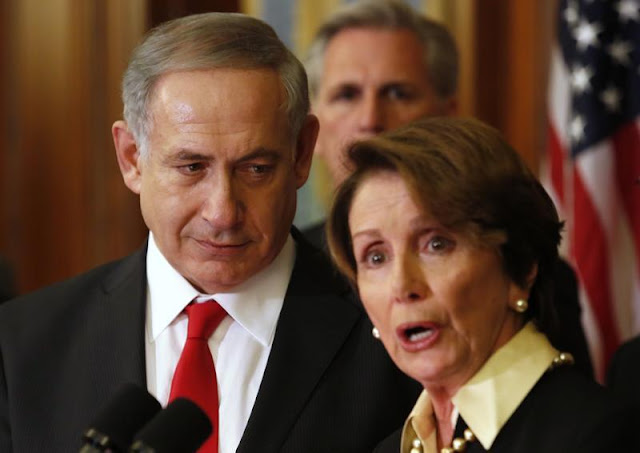 Former US Ambassador to Israel Dan Shapiro denounces timing of Trump’s peace deal’s unveiling as ‘political,’ warns West Bank annexation would ‘guarantee’ future clash with Washington
Times of Israel
Former US ambassador to Israel Dan Shapiro on Sunday denounced the timing of the unveiling of US President Donald Trump’s Middle East peace plan as political in nature, warning that no future Democratic administration would accept the plan and be bound by it.
Prime Minister Benjamin Netanyahu and his rival in the upcoming Knesset elections, Blue and White party leader Benny Gantz, will both meet Trump in Washington this week — separately — and the long-awaited peace plan is slated to be unveiled by Tuesday.
It is not yet clear whether those developments, which were announced late last week, will affect a Knesset vote planned for Tuesday on Netanyahu’s request for immunity from prosecution in three corruption cases. The premier is seeking to delay the vote until after the March elections since his immunity request is likely to be rejected under the makeup of the current Knesset.
The ongoing political stalemate in Israel — two elections last year failed to produce a government — has delayed the release of the plan, and the administration’s plan to release it now, less than six weeks before an unprecedented third vote in a row, have been met by accusations that it constitutes political meddling.
“It is not a coincidence, the timing, that this is happening at the time of a Knesset discussion over immunity and at a time the [US] Senate is holding an impeachment hearing,” Shapiro, who was the envoy during former US President Barack Obama’s administration, told Army Radio in a Hebrew-language interview.
Shapiro, who has in recent days hinted that Trump’s move is interference in Israel’s elections since it’s seen as favoring Netanyahu over Gantz, said in the interview there has always been an agreement that the US doesn’t meddle in Israeli elections and vice versa.
Gantz is scheduled to meet Trump on Monday, while Netanyahu will meet with the US leader on the peace proposal on Tuesday. Netanyahu’s office, in a statement issued immediately after Gantz announced he would go to Washington, said the prime minister would also meet privately with Trump on Monday, in addition to the planned Tuesday meeting.
The plan, which Trump said he would release before Tuesday, is expected to strongly favor Israel, and is unlikely to garner any international support if it is seen as undermining the prospect of a two-state solution. Trump said his administration has talked briefly to the Palestinians, who reject the administration’s peace plan altogether.
According to various Hebrew-language media reports, the peace plan is the most generous US proposal ever for Israel, likely allowing Israel to annex all West Bank settlements and backing sovereignty throughout Jerusalem. According to the reports, the plan also offers potential eventual recognition of Palestinian statehood, provided the Palestinians demilitarize Gaza and accept Israel as a Jewish state — conditions the Palestinians would presumably reject.
“I think Israeli citizens should take into account that in less than a year there could be a new, Democratic administration — if not in a year then in five years. Trump won’t be president forever. It is important to know that any Democratic candidate will oppose this plan and that no Democratic president will be bound by it,” said Shapiro, who is currently a visiting fellow at the Institute for National Security Studies, a Tel Aviv University thank tank.
“A new administration will be committed to the two-state solution — the traditional, historic position of the United States — or at least to preserving the chance it could be achieved in the future,” he added. “If Trump is encouraging Israel to take unilateral steps such as annexing the Jordan Valley and the settlement blocs, that guarantees there will be a clash with a Democratic administration in less than a year. I don’t think this is a positive thing for the relations between the countries, and I advise against immediate actions that future administrations will oppose.”
However, Shapiro acknowledged that a Democratic president would probably not reverse Trump’s embassy move to Jerusalem, and said he didn’t know whether the recognition of Israeli sovereignty over the Golan Heights would be overturned.
Gantz originally balked at the prospect of meeting Trump alongside Netanyahu, according to reports, fearing he would come off as a bit player given the other leaders’ close relationship.
But he surprised pundits and others Saturday night when he announced that he would go to Washington, albeit separate from Netanyahu.
Gantz earlier this month urged the administration to hold off on releasing the plan until after elections, as reports first surfaced that the White House was mulling rolling it out beforehand.