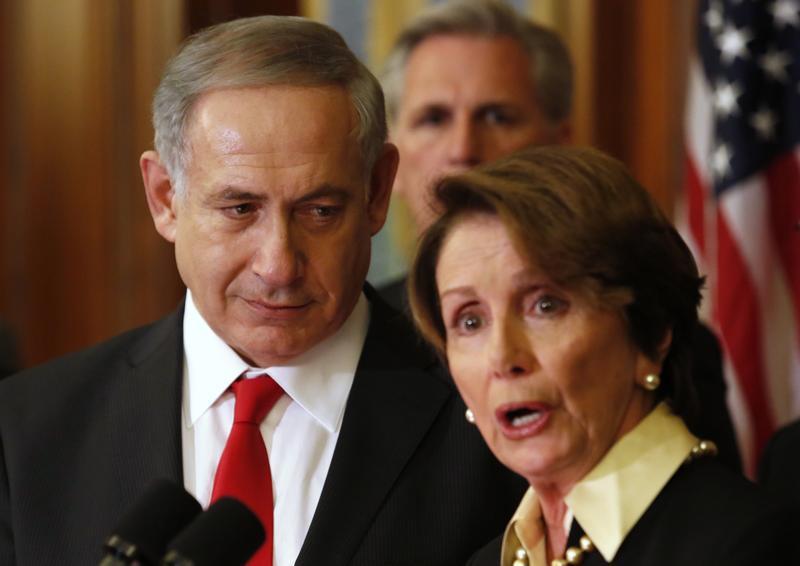 House Speaker Nancy Pelosi is questioning President Donald Trump’s fitness to serve, announcing legislation Thursday that would create a commission to allow Congress to intervene under the 25th Amendment to the Constitution and remove the president from executive duties.

Just weeks before the Nov. 3 election, Pelosi said Trump needs to disclose more about his health after his COVID-19 diagnosis. She noted Trump’s “strange tweet” halting talks on a new coronavirus aid package — he subsequently tried to reverse course — and said Americans need to know when, exactly, he first contracted COVID as others in the White House became infected. On Friday, she plans to roll out the legislation that would launch the commission for review.

“The public needs to know the health condition of the president,” Pelosi said, later invoking the 25th Amendment, which allows a president’s cabinet or Congress to intervene when a president is unable to conduct the duties of the office.

“Crazy Nancy is the one who should be under observation. They don’t call her Crazy for nothing!” the president said.

The president’s opponents have discussed invoking the 25th Amendment for some time, but are raising it now, so close to Election Day, as the campaigns are fast turning into a referendum on Trump’s handling of the coronavirus pandemic. More than 210,000 Americans have died and millions more infected by the virus that shows no signs of abating heading into what public health experts warn will be a difficult flu season and winter.

Trump says he “feels great” after being hospitalized and is back at work in the White House. But his doctors have given mixed signals about his diagnosis and treatment. Trump plans to resume campaigning soon.

Congress is not in legislative session, and so any serious consideration of the measure, let alone votes in the House or Senate, is unlikely. But the bill serves as a political tool to stoke questions about Trump’s health as his own White House is hit by an outbreak infecting top aides, staff and visitors, including senators.

In a stunning admission, Senate Majority Leader Mitch McConnell said Thursday that he had stopped going to the White House two months ago because he disagreed with its coronavirus protocols. His last visit was Aug. 6.

“My impression was their approach to how to handle this was different from mine and what I insisted we do in the Senate, which is to wear a mask and practice social distancing,” McConnell said at a campaign stop in northern Kentucky for his own reelection.

On Friday, Pelosi along with Rep. Jamie Raskin, D-Md., a constitutional law professor, plan to roll out the legislation that would create a commission as outlined under the 25th Amendment, which was passed by Congress and ratified in 1967 as way to ensure a continuity of power in the aftermath of President John F. Kennedy’s assassination.

Trump abruptly halted talks this week on the new COVID aid package, sending the economy reeling, his GOP allies scrambling and leaving millions of Americans without additional support. Then he immediately reversed course and tried to kickstart talks.

It all came in a head-spinning series of tweets and comments days after he returned to the White House after his hospitalization with COVID-19.

First, Trump told the Republican leaders in Congress on Tuesday to quit negotiating on an aid package. By Wednesday he was trying to bring everyone back to the table for his priority items — including $1,200 stimulus checks for almost all adult Americans.

Pelosi said Thursday that Democrats are “still at the table” and her office resumed conversations with top negotiator Treasury Secretary Steven Mnuchin.

She said she told Mnuchin she was willing to consider a measure to prop up the airline industry, which is facing widespread layoffs. But that aid, she said, must go alongside broader legislation that includes the kind of COVID testing, tracing and health practices that Democrats say are needed as part of a national strategy to “crush the virus.”

Normally, the high stakes and splintered politics ahead of an election could provide grounds for a robust package. But with other Republicans refusing to spend more money, it appears no relief will be coming with Americans already beginning early voting.

Democrats have made it clear they will not do a piecemeal approach until the Trump administration signs off on a broader, comprehensive plan they are proposing for virus testing, tracing and other actions to stop its spread. They have scaled back a $3 trillion measure to a $2.2 trillion proposal. The White House presented a $1.6 trillion counter offer. Talks were ongoing when Trump shut them down.

“There’s no question that the proximity to the election has made this much more challenging,” McConnell said.