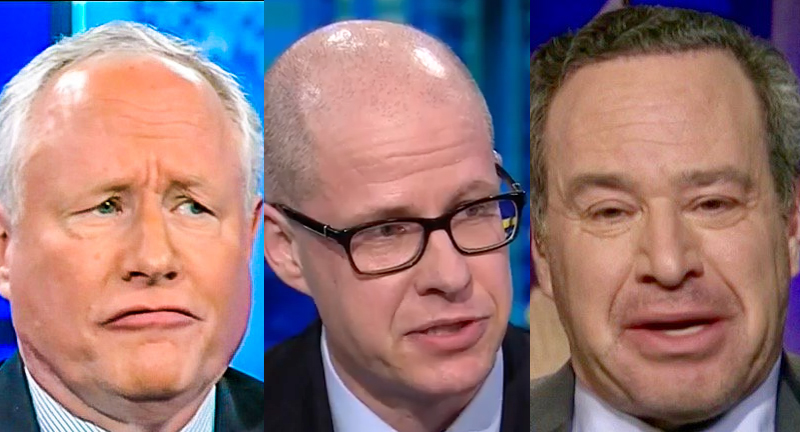 How They Do It– ‘Trump relies on grifters and misfits. Biden is bringing the A Team’

ed note–jes’ in case there were any lingering doubts concerning how Israel’s ‘Kosher Konservatives’ feel about POTUS DJT.

The Democratic convention did a superb job of highlighting Joe Biden’s strengths — his empathy and decency, his perseverance through personal tragedies, his commitment to public service — while obscuring his weaknesses. A partial list of the latter would include his verbosity, his gaffes, his inside-the-Beltway mind-set and his sometimes questionable judgment (he opposed the successful 1991 war against Iraq and supported the disastrous 2003 invasion).

Yet I’m not worried about Biden’s shortcomings — and not merely because the alternative is quite possibly the worst president in U.S. history. Biden enjoys a key advantage over President Trump that was hardly mentioned during the convention. As former president Barack Obama said when endorsing his vice president, “I know he’ll surround himself with good people.”

Biden has surrounded himself with good people throughout nearly half a century in Washington — and he engenders so much loyalty that many in his inner circle have been with him for decades. (Campaign Manager Jennifer O’Malley Dillon is one of the few newcomers.) Criticisms that Biden is a hostage of the far left are laughable given how sane and centrist his top advisers are. They include his former chiefs of staff Ron Klain, Bruce Reed, Steve Ricchetti and Ted Kaufman. Combined, these four men have roughly 150 years of Washington experience. All are effective operatives. Not one is a bomb-thrower.

Biden’s foreign policy team includes the likes of Tony Blinken, Avril Haines, Jake Sullivan and Nicholas Burns. All are veterans of high-level government service: Blinken was deputy secretary of state and deputy national security adviser, Haines was deputy national security adviser and deputy CIA director, Sullivan director of policy planning at the State Department, and Burns an undersecretary of state. This is the A Team. They are seasoned professionals, ready to govern on Day One.

We know what they can do because Biden and his aides already have plenty of experience cleaning up after a Republican president. They oversaw the passage and implementation of the 2009 Recovery Act, which is now lauded as “an effective and remarkably fraud-free response to the financial crisis.”

During their many years of service, Biden and his aides have been commendably scandal-free. (A sexual assault accusation against Biden has fallen apart.) The worst that can be said about the Democratic nominee is that he was caught plagiarizing a British politician more than 30 years ago and that he has sometimes been too physically affectionate with supporters. Trump and his aides commit far more serious transgressions on a daily basis. Lacking real scandals to exploit, Trump has sought to concoct, with Russian help, phony allegations of influence-peddling involving Biden’s son Hunter.

Normally, competence and ethics are taken for granted; seldom are they strong selling points with cynical voters. Just ask Michael Dukakis, who tried to run as a skilled manager in 1988. But after four years of Trumpian chaos and crookedness, competence and ethical conduct would be as welcome as a president who reads his briefing book — something else we used to take for granted.

Trump came into office not knowing the first thing about government, and he surrounded himself with equally inexperienced and unethical people. Most qualified Republicans wanted nothing to do with him. (They still don’t: A new open letter signed by more than 70 GOP national security veterans excoriates Trump and endorses Biden.)

To be sure, a few qualified and ethical appointees somehow made it into the administration — e.g., Trump’s first defense secretary, Jim Mattis, and economic adviser Gary Cohn — but most are long gone. Trump is left with second-raters and sycophants such as Secretary of State Mike Pompeo, Defense Secretary Mark T. Esper, acting Homeland Security secretary Chad Wolf and national security adviser Robert C. O’Brien. All were promoted multiple ranks above their level of competence. But even they are superior to third-raters such as Jared Kushner, Stephen Miller and Peter Navarro, who would be allowed into a normal White House only as part of a tour group.

Little wonder that the administration has been such a shambles. While Trump has done many awful things on purpose, the greatest carnage during his presidency — his mismanagement of the coronavirus — is the result of sheer incompetence. If a few more people in the White House knew what they were doing, at least 172,000 Americans might not be dead.

Having a president who can do the job — and who hires similarly qualified aides — would be unremarkable in normal times. Today it would be revolutionary. That is what Biden offers and why it is essential that he win. America cannot survive four more years of Trump’s malign ineptitude.