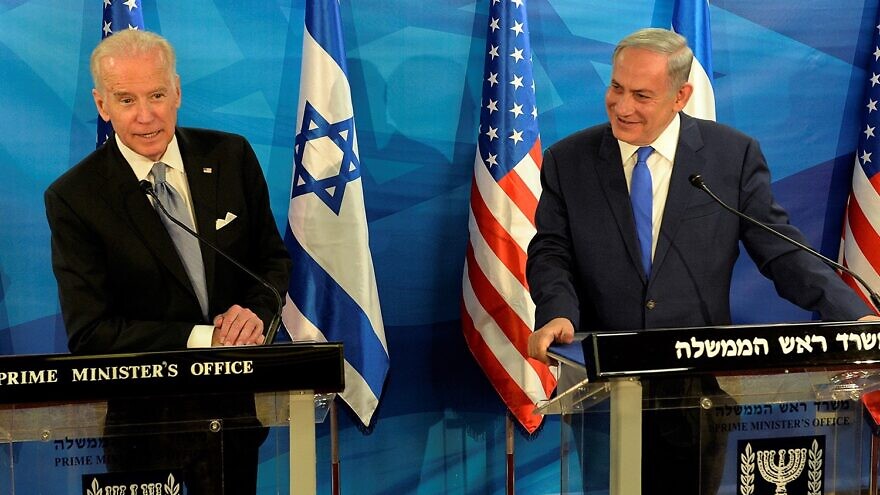 The idea that Trump is Israel’s best friend is a right-wing invented myth. The embassy move is a superficial dog-whistle with minimal impact other than to buy the immutable loyalty of his Christian Evangelical base. Trump has done more damage to Israel than any president in history.

ed note–besides the obvious, which is the oceans-deep, galling irony of someone of the Hebraic pedigree lecturing ANYONE on topics such as ‘character’, ‘honesty’, ‘compassion’ and ‘narcissism’ is the fact that she is correct in placing all Trump’s ‘pro-Israel’ bona fides in the right category–political maneuvers done as a necessary evil in furthering a foreign policy agenda which is in America’s best interests rather than what is ‘good for the Jews’.

The latest argument put forth by Trump supporters on these pages – that he is repugnant but you should vote for him anyway because he is good for the Jews – is head-spinning in its obscenity.

This argument that an amoral narcissist is somehow good for us as Jews does not bode well for us as a people. At the very least, if your best friend is a psychopath, you probably need new friends.

First, character once mattered. Remember when our leaders were measured based on their integrity, moral commitment and truthfulness? Trump has told more than 20,000 lies in office, and he lies so often that fact-checkers run out of breath trying to keep up. This matters. And it gets worse.

The man openly cheats on his wives, brags about sexual assault, and has 23 credible claims of rape or sexual against him. How a man treats women is an important litmus test of character. If the GOP is obviously willing to throw women under the bus, how about his staff? This is a man who nearly killed his staff by walking around with a contagious deadly virus. Character matters. It may be the difference between whether the people around the president live or die, literally.

Second, character is about more than personality. Trump’s lack of all morality, empathy and care for human life have a deep and lasting impact on everything he does. It’s not just about not liking him personally. It’s about how his abhorrent lack of character becomes policy. It’s not just that he is an incurable narcissistic psychopath who is incapable of basic empathy, it’s how that becomes policy.

He has no compassion for victims of COVID-19. He abandons not only the sick but also governors, healthcare workers, the Secret Service, White House staff, and even his rally attendees in the face of a lethal pandemic. His inhumanity translates to the cruelties of immigrant children in cages, separated from their parents possibly forever, and dragged as infants into courtrooms. His imperviousness to human suffering translates to denying healthcare, including for pre-existing conditions, even as the pandemic rages through the country. Had he not been president, he would be ineligible for healthcare under his own plan, and would have probably died from the virus.

Third, his narcissism constitutes a direct threat to democracy. For Trump, the presidency is not a mission for protecting people, but a power grab. He openly uses the presidency to acquire wealth by promising all kinds of favors to the highest bidder. Moreover, with more than $1 billion in personal debt, his actions reflect his personal vulnerabilities, with likely debts to Russia, Turkey, and/or Saudi Arabia.

Fourth, the twisted and dangerous idea that Trump is “good for the Jews” reflects a blindingly narrow outlook on Jewishness. Jews are human beings, so if human beings are threatened with an autocratic dictatorial aspirant who wants to steal from the American coffers while denying everyone healthcare and destroying basic services like education and the post office, American Jews are also at risk.

MOREOVER, WHAT is truly bad for Jews are antisemitic white supremacists with guns whom Trump considers his “army” and invites to “stand by.” Antisemitism is on the rise, as is American Jews’ fear and insecurity. Violent white supremacists are celebrating their endorsement from the president, and are practicing with pilot stunts like plotting to kidnap a governor whom Trump hates. The absurd notion that Trump loves Jews – as if a narcissist is capable of love – has been disproved by is derision of “disloyal” Jews, his antisemitic tropes, in private as well as in public, and the antisemitic jokes.

Finally, the idea that Trump is Israel’s best friend is a right-wing invented myth. The embassy move is a superficial dog-whistle with minimal impact other than to buy the immutable loyalty of his Christian Evangelical base. While the new deals with Bahrain and the United Arab Emirates are a welcome step in the right direction, let’s remember that Trump simply completed a 15-year process that his predecessors deserve credit for, too.

Trump’s unique contribution is agreeing to supply bucket-loads of high-end weaponry like F-35s to our neighbors, a major risk to Israel’s precious qualitative military advantage, and a price that even Republicans, once upon a time when they had a conscience, would have prodigiously opposed. (Remember AWACS?) Jewish Republicans are so trapped in Trump propaganda that they don’t recognize their own foreign policy. (Obama, by the way, signed the largest military deal for Israel, a record $38 billion, in order to protect Israel’s security.)

Trump has done more damage to Israel than any president in history. By completely destabilizing the standing of America in the world, by supporting dictators, and by being open to bribes and whimsical shifts in policy, he is dangerously threatening regional and global stability.

Ultimately, with no moral core, Trump easily turns his back on so-called friends, as he did to the Kurds. One day he decided – probably because of some debt owed to Turkish President Recep Erdogan – that these long-standing American allies in Syria were simply of no interest, and he abandoned them overnight, to the delight of dictators and the horror of American allies, including Israel. This is Trumpian foreign policy: aimless, unreliable, and lacking all moral or ideological consistency.

Nobody is Trump’s friend, not even Israel, because the narcissist has no real friends. We can very easily wake up one day and find ourselves where the Kurds are – thrown under the bus. It depends who is paying Trump that day.

If you think that Trump is your friend, you are in for a big shock. You’re nothing more than the con-man’s mark. Or as Israelis would say, just a freier.