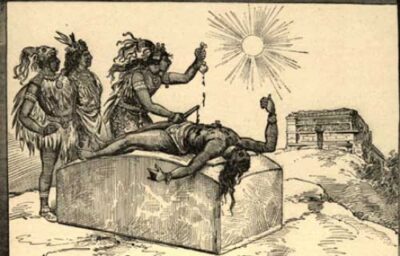 The Jewish people are commanded in the Torah to build the Beit Hamikdash, not to strengthen the Dome of the Rock.

ed note–Chock full of goodies, as we like to say here.

First, a bit of reference concerning our unesteemed Hebraic author–

Ariel Natan Pasko is, put plainly, an insane/mentally-ill/deranged Jew whose otherwise healthy mind has been destroyed through the daily intake & use/abuse of the most dangerous, addictive and spiritually-corrosive of all ideological substances, Judaism. Of the many whoppers he has put forth for public examination over the years, probably the most infamous was/is his ‘This War is for Us’, written in the immediate aftermath of that horrendous manifestation of Jewish ritual murder known as Operation Iraqi Freedom officiated by the little monkey in the White House at that time, George W. Bush. In that piece, Pasko writes thus–

‘Of course this war against Iraq and Saddam Hussein is for us, and we already knew that this war is for us – i.e., the Jews and Israel. Our sages throughout the ages have explained the Torah, telling us that everything that happens in the world is for the benefit of the Jewish People. Simply put another way, if all the world is a stage, then the Jews – and especially those in the Land of Israel – are the lead actors on the stage of history, and the goyim, i.e. the gentiles–have mere supporting roles, while the evil-doers are props and background scenery. As our tradition states, G-D – the great playwright – created the world for the sake of the Jewish People, and it is our responsibility to implement the Torah – absolute morality and the blueprint of creation – in it.’

‘As I said earlier, of course this war is for the Jews and Israel, and instead of hiding from the accusation or crying, “anti-Semitic slur”, we should gratefully acknowledge what the Master of the Universe is doing to our enemies for us…Yes, the war in Iraq is for the Jews…’

Now, as it pertains this latest J-epileptic fit that must accompany any ingestion of Judaism, please note the following–

1. That it is the Torah that our unesteemed Hebraic author uses in framing his thesis, not the Talmud.

2. That the ‘peace deal’ which DJT/POTUS is proposing whereby the Jewish state–rather than being free to blossom into the sprawling theocratic empire as laid out within the Torah is instead contained to the fraction of real estate that it embodies now–is considered as blasphemous and as anathema to Torah-loving Jews as spitting on the crucifix would be to Gospel-loving Christians.

So, the obvious question which needs to be asked/answered and understood is the following–

Would organized Jewry, given all their power, money, influence, and political leverage, be so bold as to–

1. Utilize a mainstream media in the West which they control in toto in maintaining a 24/7/365 screeching campaign against DJT/POTUS…

2. Utilize a US Congress which they control (mostly) in toto to orchestrate an Impeachment of DJT/POTUS and to have it organized and overseen by 2 Israeli Jews named Nadler and Schiff?

3. Create a virus in an Israeli bio-weapons lab, transport it to China, let it loose and cause enough hype over it to collapse the US economy in an election year?

And do all of this in order to prevent a certain DJT/POTUS from moving forward with his ‘peace plan’ that would contain the Jewish state to a mere fraction of the ‘protocols’ of the insane cult-theology that drives its past, present and future?

Has anyone noticed the irony of the timing of what took place this past week?

While on Thursday, President Trump and Prime Minister Netanyahu both made televised announcements of a peace agreement called the ‘Abraham Accord’ between Israel and the United Arab Emirates; the Torah reading, Parshat Re’eh, on Shabbat, mentioned fifteen times about building the Beit Hamikdash (the Holy Temple) on the Temple Mount in Jerusalem, “…the place which the Lord, your God, will choose to establish His Name…”

The irony can be found by taking a closer look at what they actually said:

“As set forth in US President Donald Trump’s ‘Vision for Peace,’ all Muslims who come in peace may visit and pray at the Al Aqsa Mosque, and Jerusalem’s other holy sites should remain open for peaceful worshippers of all faiths,” this from the Joint Statement of the United States, the State of Israel, and the United Arab Emirates, posted on the website of the US Embassy in Israel and tweeted by Trump in announcing the accord.

The Temple Mount is meant to be exclusively under Jewish control, and the Jewish people are commanded in the Torah to build the Beit Hamikdash there (that includes even now), not the Dome of the Rock.

This isn’t the first time that Trump has referred to maintaining the status quo on the Temple Mount. Which means in practice, allowing the Muslims to continue to occupy and control the Jewish people’s most holy site in the world, and deny them their religious rights.

Notice Trump said, “…Jerusalem’s other holy sites…” Making a distinction between the Muslims on the Temple Mount and…what? The Western Wall of the Temple Mount complex down below, and the Church of the Holy Sepulchre in the Old City?

Then during his announcement he said, “This deal will allow much greater access to Muslims from throughout the world to visit the many historic sites in Israel, which the Muslims want to see very badly and have wanted to see for many, many decades. And to peacefully pray at the Al-Aqsa mosque, which is a very special place for them,” this from Trump’s White House announcement of the Abraham Accord.

“…Al-Aqsa mosque, which is a very special place for them.”

Why is he so concerned for the Muslim thieve’s “rights” to be upheld?

He made no reference to how special the Temple Mount is to the Jews, how Hashem (the God of Israel) commanded the Jews to build His House, the Beit Hamikdash there, or even to equal prayer access for Jews on the Temple Mount, something which the Israeli government denies to this day.

“A lot of the extremists have used these conflicts to recruit people and to say that the mosque is under attack and that Muslims don’t have access to the mosque. And now this will enable people to take flights from Dubai and Abu Dhabi directly to Tel Aviv. Muslims will be welcomed in Israel, and this will create a better interfaith exchange,” this from Jared Kushner’s statement on the Abraham Accord.

What I hear is everyone rubber-stamping the dominant position of the Muslim occupiers, on the Temple Mount, without concern for Jewish rights, to their own holy place. Kushner should be ashamed of himself.

Then Prime Minister Netanyahu spoke live to the Israeli people, and did not explain the contradiction in terms:

He said, “…true peace, not a slogan, peace from strength, peace for peace”, this from Netanyahu’s Hebrew statement on the Abraham Accord.

In Hebrew “Shalom Tmurat Shalom – peace for peace,” a slogan in part found within the Israeli Right is used to differentiate between previous peace agreements with Egypt, Jordan, and the peace process with the Palestinians, in which Israel always made concessions, and some mythical “peace” of the future, without any more concessions on the part of Israel.

But that’s simply not true. Netanyahu has implicitly accepted the possible outcome of Trump’s plan, a Palestinian State in parts of Judea and Samaria. Actually, quite a high cost, for “peace.”

26 is the numerical value of HaShem’s name in Hebrew, I think He’s “Winking,” sending a message about how we’re messing up again, and he’s watching…and this just after Tisha B’av.

In fact, most of the major turning points within the “peace process” have been around the time frame of both Tisha B’av or Rosh Hashannah.

Then after speaking in Hebrew, and fielding reporters questions, Netanyahu gave a summary statement in English and said, “And today, I am honored to announce a formal peace agreement with the United States, the United Arab Emirates…”, this from Netanyahu’s English statement on the Abraham Accord.

Netanyahu’s Freudian Slip, saying the United States, then correcting himself, and saying the United Arab Emirates, was later cleaned up, i.e. removed from the official transcript posted on the Prime Minister’s Office website.

I can understand his slip. The Americans have been calling the shots. Netanyahu’s happy he has peace with Trump, compared to the situation with Obama, and he’s happy to be doing Trump’s bidding, to help Trump out before the November presidential elections with a PR victory.

Yet in this week’s Torah reading, Re’eh, Moses tells the Jewish people fifteen times, how Hashem will direct them to the place He wants them to build the Beit Hamikdash, and there they shall serve Him.

“But only to the place which the Lord your God shall choose from all your tribes, to set His Name there; you shall inquire after His dwelling and come there,” (Deuteronomy 12:5).

“And it will be, that the place the Lord, your God, will choose in which to establish His Name there you shall bring all that I am commanding you: Your burnt offerings, and your sacrifices, your tithes, and the separation by your hand, and the choice of vows which you will vow to the Lord,” (Deuteronomy 12:11).

Rashi here states: “It will be, that the place [which the Lord your God will choose… there you shall bring all that I am commanding you at that time, and to build for yourselves the Temple in Jerusalem. And so scripture states concerning David, ‘And it was, when the king sat in his house and the Lord had given him rest from all his enemies surrounding him, that the king said to Nathan the prophet, see now, I dwell in a house of cedars, but the Ark of God dwells within the curtain’” (II Sam. 7:1-2)

“But only in the place the Lord will choose in one of your tribes; there you shall offer up your burnt offerings, and there you shall do all that I command you,” (Deuteronomy 12:14).

“If the place the Lord, your God, chooses to put His Name there, will be distant from you, you may slaughter of your cattle and of your sheep, which the Lord has given you, as I have commanded you, and you may eat in your cities, according to every desire of your soul,” (Deuteronomy 12:21).

“However, your holy offerings which you will have, and your vows, you shall carry, and come to the place that the Lord chooses,” (Deuteronomy 12:26).

“You shall slaughter the Passover sacrifice to the Lord, your God, [of the] flock, and [the Festival sacrifices of the] cattle, in the place which the Lord will choose to establish His Name therein,” (Deuteronomy 16:2).

The only other time the Hebrew word for chosen is used in Re’eh, is when Moses says, “For you are a holy people to the Lord, your God, and the Lord has chosen you to be a treasured people for Him, out of all the nations that are upon the earth,” (Deuteronomy 14:2).

Rashi there, quoting the Sifrei states, “For you are a holy people: Your holiness stems from your forefathers, and, moreover, ‘the Lord has chosen you.’”

The Chosen People are to build the Beit Hamikdash, the God of Israel’s Chosen House of Prayer, in the Chosen Place, on the Temple Mount in Jerusalem. There is no point to allow the historical scam of the Muslims to continue. See the irony now?