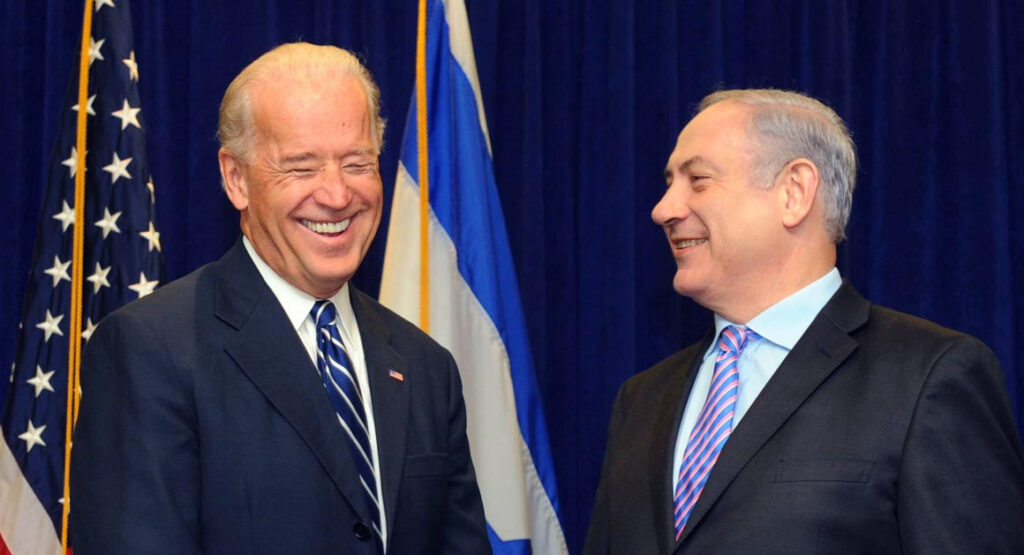 Will a Biden presidency usher in Israeli-Palestinian peace? The simple answer is ‘No’

He won’t have the power, backbone or chutzpah to force both sides to the table

by Bishara A. Bahbah

Biden usher in a peace deal? What a stupid question.

But, wait, the Palestinian Prime Minister, Mohammad Shtayyeh, seems to think so. He told a group of European lawmakers that, like many people, with the election of President Donald Trump “we were waiting for the ultimate deal.” But, the ultimate deal came with a provision that would annex 30 percent of the West Bank, and so it was rejected.

Shtayyeh expressed a conviction that a win for Joe Biden in next month’s US presidential elections would raise the prospects for a peace deal. “If things are going to change in the United States, I think this will reflect directly on the Palestinian-Israeli relationship,” he said. “And it will reflect itself also on the bilateral Palestinian-American relationship.”

In his optimism at the prospects of a Biden presidency, the Palestinian prime minister is right and wrong at the same time. I hate to be the one to burst his bubble, but Biden will not be in a position to force Israel to make any significant concessions, which would be a must for the consummation of a peace agreement between Israel and Palestine. The most President Biden will be able to do is return to Trump’s status quo ante, and not even that!

However, assuming Biden wins, he will re-engage with the Palestinians diplomatically, financially and at the security level. Early in his presidency, Biden will reach out to PA President Mahmoud Abbas and reaffirm his administration’s support for a two-state solution. Biden will reopen the American consulate in East Jerusalem as a symbol of American representation to the Palestinians and will invite the Palestinians to re-open the PLO mission in Washington.

With regard to US economic and development aid to the PA, Biden’s hands are tied by the 2018 Taylor Force Act, which prohibits aid to the PA as long as it continues to offer monthly stipends to families of Palestinians killed in attacks on Israelis. Biden would have to work with Congress in order to amend or repeal the Act.

But here is what a President Biden will not do. He has already stated that he will not return the US embassy to Tel Aviv nor rescind US recognition of Jerusalem as Israel’s capital – the straw that broke the camel’s back in the relationship between the PA and the Trump administration. Biden will continue to encourage more Arab countries to recognize Israel.

He will not condition US aid on Israel’s behavior such as building more settlements. He will express his displeasure with any Israeli settlement expansion and that is it – no further action will be taken.

In fact, it is well known that Biden has had a warm relationship with Benjamin Netanyahu, much warmer than his former boss Barack Obama did when he was his vice president. And Biden will have to contend with the pro-Israel lobbies in Washington – AIPAC and J Street. Even though both support, on paper, the concept of a two-state solution, they will not stand idly by while Biden coerces Israel into making unacceptable concessions to the Palestinians.

Which all means that, in welcoming a Biden presidency, the Palestinian prime minister is in effect being forced to accept that the US embassy will stay in Jerusalem and that Biden will work tirelessly to encourage more Arab countries to establish ties with Israel, much to the PA’s chagrin.

Just nine days ago, the PA missed a great opportunity to get much of what it wanted from Israel and the United States. With 24 days till the US elections, Trump sent an emissary who is highly respected by the Palestinian leadership, Ronald Lauder, president of the World Jewish Congress, to Ramallah. The objective of the visit was to try and convince Abbas to make a peace deal – one with much more favorable terms than the highly touted Trump peace plan – with Israel prior to the November 3rd elections.

For the new peace deal to have been acceptable to the Palestinians, it would have been based on a two-state solution and without the annexation of 30 percent of the West Bank. After a three-hour meeting in Ramallah, Lauder emerged empty-handed and flew back to Amman in his Jordanian-provided helicopter.

It was a last-ditch attempt by Trump to fulfill a dream that would have been hailed as the “ultimate deal.” Trump would have been able to shove the terms of the deal down Netanyahu’s throat because the latter owed him. Trump would have then shifted the focus of the US presidential elections to his major victory in bringing peace to the Middle East and could have won the few percentage points among the American electorate to make it possible for him to win the presidency for another four years.

With a Biden win, the Palestinians will not come close to attaining a state or achieving peace with Israel because, while Biden may have the will, he will have neither the power nor the chutzpah to force both sides to sign a peace deal.

Hence, another four years will come and go. More Israeli settlements will be built on Palestinian lands in the West Bank and East Jerusalem, and Palestinians will have to contend with living under Israel’s continued occupation and humiliation. And, what Israel will get is another four years of edging closer to a bi-national state or, more likely, an apartheid state – compliments of near-sighted leaders like Netanyahu and Abbas.